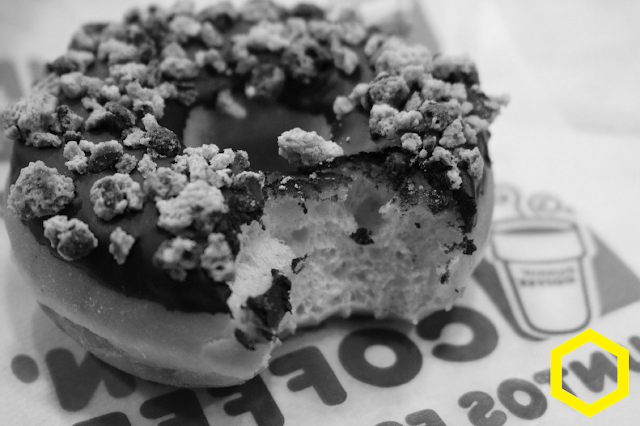 I come from beautiful country Georgia, capital Tbilisi. *That is country not state Georgia of the US. The interesting story that I experienced this summer is about lucky beigel that I ordered with my girlfriend in Dunkin’ Donuts (that is on Dolidze Street near International House Tbilisi – where I used to take English classes). By the way our Dunkin’ Donuts is the world’s biggest branch of DD in the world.

One day the beautiful girl from the Dunkin Donuts group offered me and my girlfriend toasted beigel that is yummy with Dunkin’s classic coffee with cinnamon. We were going to Kus Tba Lake to spend a good time there. We liked simple, toasted beigel very much and another time we ordered the same food. The toasting machine had a problem and it took a long to toast my beigel. In the end the girl said sorry and gave me a little bit over-toasted beifel and my coffee. Another time we went there we repeated our choice and machine did the same to my beigel. After a week or two when we were waiting for toasted beigel there, I told one cute girl that machine would be having a problem and smiled. She didn’t get what I told her. After 2 minutes she blushed and smiled and entered manager’s room. Then another girl came from the room and asked me:
-Which donut do you love ?
I told her and said why she asked that question…
-We want to give you a present one donut for you and one donut for your friend!
We chose our donuts, took our coffees and went to elevator. We looked to each other there and laughed very loudly and told that beigel is The Lucky Beigel now! ^^ 😀
Gemma Brown