The Hotel in Paris 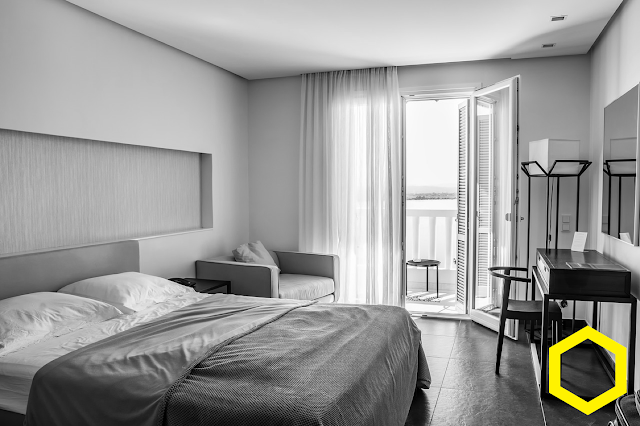 It happened in July 2016. I was supposed to visit The Hotel in Paris. That was my fourth hotel mission I did for 4Service Group, so far without any problem.

First when I tried to do the reservation booking via telephone, my phone glitched and it cut the conversation. When I called back, I had the same incident. Something very ordinary actually, phones are such a source of trouble.
There is nothing intriguing in a phone cutting or disrupting a conversation. So I innocently called back without any idea in the back of my mind and I fell on a very aggressive male voice telling me that it was the third time I called them, that I had to stop immediately calling them and that I better hung up or he would call the police having my phone number noted down, arguing I had nothing to do in life and that the reservation would not be done and if I showed up in the hotel, I would be kicked out immediately. I was in utter shock. Being a mystery shopper is not always an easy thing, and sometimes it can be even a little bit provocative, especially with all the spying and the hiding to do, so that this kind of reaction is actually ordinary, but I was stuck as to how to proceed with my booking now, since I was assigned that mission and wouldn’t miss it as the hotel missions were my favorite.

So I decided to call the booking center instead of the hotel and got a lady on the phone. She noted down my reservation and it seemed to be fine, but what my utter surprise when I discovered that the booking email I received was completely wrong! First, no breakfast while I had ordered one, then no cancellation possible while I had specifically asked for it, this being a standard when doing mystery shopping hotel visits as you have to personally advance the cash and you never know what can happen, you can be discovered by the hotel staff, or the mystery shopping company’s client can cancel the mission at the last minute, etc.

So I had specifically specified that I needed the confirmation to be cancellable! And I had all the booking conversation recorded on tape! I thought in the back of my mind if that was my money it would be a case for a lawsuit… Anyways then I called back the booking center and she said it was not changeable. Then I called the hotel with a little bit of alarm hoping that I wouldn’t fall on the male voice. Then what a relief when I got a very relaxed and charming female voice telling me nicely that firstly I was welcome at the hotel, then that she would change my booking to include the breakfast without additional cost, then she said that indeed the booking was not cancellable but that I might change the date.

I was low on cash back in June (that was the original visit date) so I asked her to postpone it in July which gave me a month to collect the cash. I pass on many other problems, but I eventually came to the hotel visit date and the visit was confirmed so I could go there fearlessly.

After the check-in process, the staff asked me if I wanted to do some exercise in the gym. I said yes. He said he would make the room ready for me and would call me in my room when it would be. Then I got down to the basement where the gym was and I did exercise for two hours. After that, I tried to use the sauna but it was cold, I went upstairs to ask the concierge to heat it up for me. I was bare-chested as I was not finished with the gym. Then the next day, everything went fine and I got ready for the check-out. I was supposed to disclose myself as a mystery shopper; which was very rare in this business, but generally the case for the hotel missions and asked to see the manager for a debrief.

The manager, a 40 years old lady received me and I started the debrief. First she complained that I didn’t use the hotel reservation phone number but the booking center and she said that would explain all the mistakes in the reservation, she being wary of the external booking center. I told her that the man had threatened to call the police.

Then she complained that I came to the reception desk bare-chested and that I could have been thrown out if many clients were there. I couldn’t believe my ears, she was just being so mean! Lastly, when supposed to sign my visit confirmation letter, she crossed no on all the questions (like: did the mystery shopper act professionally? etc.). Later on, I heard she had complained to the mystery company telling them that my debrief was “too original” and the survey questions “not the way she was used to”. Then she complained also about my being bare-chested.

However, eventually everything went nicely and I was reimbursed fully and my mission validated. I was so proud that my work which was bloody serious had prevailed over a jaded aristocrat who was just trying to be mean to me! To put it in a nutshell, mystery shopping is not always a pinky world and you have to be ready to face difficult and stressful situations and this is a very serious business. Also the morale of the story is that mystery shopping is necessary, maybe just to allow everybody to be aware of the abuse some “high institutions” like palace hotels can indulge on petty customers and individuals like me. This was really a fight like David against Goliath!
Janvier